SEMINOLE COUNTY BUSINESS OFFICES WILL BE CLOSED THURSDAY AND FRIDAY, NOVEMBER 24 AND 25, FOR THANKSGIVING. 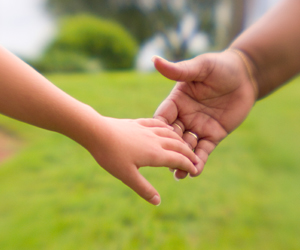 The traumatic experience of abuse, neglect, and separation, as well as environmental factors can lead to a variety of emotional problems for children, and a greater likelihood of poor child well-being outcomes. For children placed in foster care, the trauma of separation from their families and the experience of multiple moves within the foster care system itself increase their vulnerability and compound their mental health problems. Many parents who experience the multiple stresses that lead to involvement with the child welfare system also need mental health services and supports, as well as substance abuse services. Foster care children represent an extremely high-risk population for mental health problems. The mental health problems of these children are not likely to disappear once they are adopted or reunified with their families. Therefore, children and parents need post-adoptive or post-reunification services to help them in dealing with lifelong effects of abuse, neglect, and separation. ( National Child Welfare Resource Center for Family-Centered Practice, Best Practice/Next Practice, Summer 2003.)

In 2003, the Statewide Advocacy Counsel, in a Red Item Report, entitled “Psychotropic Drug use in Foster Care,” reported the following: There has been a considerable increase in the prescription of psychotropic drugs in children and adolescents in the United States over the last decade. This utilization in Florida was brought to the attention of the Statewide Advocacy Council in 2001, with reports of widespread use occurring in children in foster care under the supervision of the Department of Children and Families in South Florida. When an internal investigation by the Department was conducted, it concluded that the use of psychotropic drugs in children in their care was not a problem. However, information received from the Agency for Health Care Administration (AHCA) revealed that more than 9,500 children in Florida who were covered by Medicaid had been treated with psychotropic drugs in the year 2000. As a result, SAC began to monitor the use of these drugs in foster children over the state. The use of psychotropic drugs by pre-schoolers was a disturbing discovery since most of these drugs have not been approved for use in young children by the Federal Food and Drug Administration (FDA). 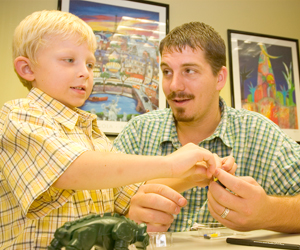 While physicians are permitted to prescribe medications in ways that have not received FDA approval, there is very little data on the possible long-term consequences of using these drugs at such an early age.  Further, diagnosing mental illness in children at such a young age is extremely difficult, as these children are unable to describe their symptoms adequately, if at all.  There was little documentation that appropriate written informed consent to give these medications to minor children was obtained from parents or guardians.

Side effects of these drugs can be very serious and include decreased blood flow to the brain, cardiac arrhythmias, disruption of growth hormone leading to suppression of growth in the body and brain of a child, weight loss, permanent neurological tics, dystonia, addiction and abuse, including withdrawal reactions, psychosis, depression, insomnia, agitation and social withdrawal, suicidal tendencies, possible atrophy in the brain, worsening of the very symptoms the drugs are supposed to improve, and decreased ability to learn, tardive dykinesia and malignant neuroleptic syndrome.   The FDA is currently reviewing reports of a possible increased risk of suicidal thoughts and suicide attempts in children and adolescents under the age of eighteen who were been treated with the drug, Paxil.  Because of the growing concern for the health and safety of our children around the country, the Federal Government is now looking at legislation that would authorize the FDA to require pharmaceutical companies to test the effects of drugs on children.”  To read more of this report, visit http://www.floridasac.org/sacweb/reports.html

Effective July, 2005, the Florida Legislature addressed the use of psychotropic drugs in foster children through the passage of § 39.407, Fla. Stat. The statute is a detailed approach to dealing with psychotropic drugs and children in foster care. The Florida Guardian ad Litem program has developed practice guidelines to correspond with the new statute. These guidelines are available under practice aids.

Numerous studies have confirmed that foster children perform significantly worse in school than do children in the general population. The educational deficits of foster children are reflected in higher rates of grade retention, lower scores on standardized tests, and higher absenteeism, tardiness, truancy, and dropout rates. The poor academic performance of these children affects their lives after foster care, and contributes to higher than average rates of homelessness, criminality, drug abuse, and unemployment among foster care "graduates."

What are the causes of such undesirable educational outcomes? First, most of the 500,000 children in foster care bear the scars of physical and emotional trauma, such as prenatal exposure to alcohol, tobacco and other drugs, parental abuse, neglect and abandonment, exposure to violence in their homes and communities, separation from their birth families, and frequent changes in foster placement. These experiences place children at great risk of developing physical, emotional, and behavioral disorders that interfere with learning. (Educating Children in Foster Care, Steve Christian, National Conference of State Legislatures).

In the mid-1990s, some children languished in temporary foster care while prolonged attempts were made to reunify them with their families. In response to concerns about the length of time children were spending in foster care, the Congress enacted the Adoption and Safe Families Act of 1997 (ASFA). ASFA contained two key provisions that were intended to help states more quickly move the more than 800,000 children estimated to spend some time in foster care each year to safe and permanent homes. One of these provisions, referred to as “fast track,” allows states to by pass efforts to reunify families in certain egregious situations. The other provision, informally called “15 of 22,” requires states to file a petition to terminate parental rights (TPR) when a child has been in foster care for 15 of the most recent 22 months. In addition, ASFA emphasized the importance of adoption when foster children cannot safely and quickly return to the care of their families. Toward that end, ASFA established incentive payments for states that increase their adoptions. In addition, the law provided a new source of funds for states to use to promote and support adoptions through the Promoting Safe and Stable Families (PSSF) program. (GAO Report available at http://www.gao.gov/new.items/d02585.pdf).

Children with special needs who are adopted from foster care may qualify for adoption assistance, which is paid to adoptive families to help them defray expenses related to their child's need for ongoing therapies or treatments or to cover certain one-time expenses.

There are two major funding sources of adoption assistance or subsidies: the Federal Title IV-E program under the Social Security Act, and State programs, which vary from State to State. 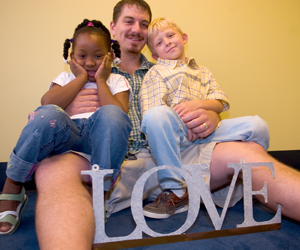 Adoption subsidy programs are typically categorized by the manner in which they are funded. Under the Federal Adoption Assistance Program, Federal Title IV-E matching funds are given to States that provide adoption assistance payments to parents who adopt children with special needs (as defined by the State). The children must be eligible for Aid to Families with Dependent Children (AFDC) or Supplemental Security Income (SSI). In addition, the program authorizes Federal matching funds for States that reimburse the nonrecurring adoption expenses of adoptive parents of children with special needs, regardless of AFDC or SSI eligibility.

Not all children who receive adoption assistance from States are eligible for Federal Title IV-E funds. The non-Title IV-E children's adoption subsidies are paid solely by the State in which their adoption agreement was signed (without Federal reimbursement). Adoption subsidies take various forms in different States and depend on the child's needs and the State agency's program.

The Federal definition under Title IV-E for a child with disabilities has three parts, as set forth under the Title IV-E program (42 USC § 673), whereby the State must determine that all three of the following conditions exist:The child cannot or should not be returned to the home of the parents. There exists, with respect to the child, a specific factor, such as ethnic background, age, or membership in a sibling group that would make placement difficult. (Federal law does not provide an exhaustive list of special needs conditions and thereby allows the States much discretion in determining the definition of a child with special needs.) Reasonable efforts have been made for unsubsidized placement except where a specific adoptive placement is in the child's best interests.

For State funding, children must be eligible for adoption assistance according to State standards. Funded programs other than Title IV-E generally follow the Federal definition above when defining a child with special needs. (Child Welfare Information Gateway, http://www.childwelfare.gov/systemwide/laws_policies/statutes/sneeds.cfm)

Since 1994, NACAC has operated the national Adoption Subsidy Resource Center to educate parents and professionals on Title IV-E Adoption Assistance in the United States.  The NACAC provides State specific information regarding adoption subsidies.