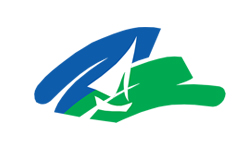 Seminole County Attorney A. Bryant Applegate has spent his entire legal career representing governments at the local and federal levels, national clients and non-profits on a wide range of issues, both as in-house and trial counsel. At the federal level, he served as Senior Counsel for the United States Department of Housing and Urban Development (HUD), Ethics Advisor in the Office of Counsel to the President of the United States, and Co-Director of America’s Affordable Communities Initiative working with state and local officials throughout the country on plans to produce affordable housing for America’s workforce.

He served as an assistant city attorney for Pompano Beach, city attorney for Tamarac and an assistant county attorney for Orange County, Florida. He established a pro-bono program helping families with seriously ill children and was nominated twice for state judgeships. He is the recipient of the 1994 Florida Young Lawyers Division Legal Aid Public Service Award, the Orange County, Florida Legal Aid Society’s Award of Excellence, and the 2014 Advocate of the Year Award from the Seminole County Legal Aid Society. While working in Washington DC he organized and operated a homeless shelter for families in Jefferson County, West Virginia. He is a member of the Board of Advisors for the Barry University Dwayne O. Andreas School of Law, a Martindale-Hubbell AV Preeminent Rated Attorney and currently serves as Vice-President of the Florida Association of County Attorneys.